Like prior series, Aikatsu Friends! also has its own brand of Fish Sausage. Each package contains four fish sausages and one promotion card, with each series consisting of ten promotion cards. 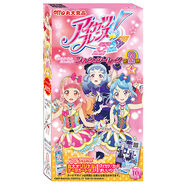 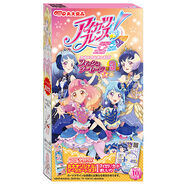